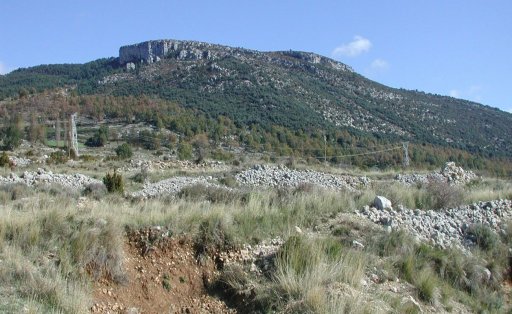 Spectacular rock exposures of transgressive to highstand carbonate platforms and intervening clastic lowstand systems will be examined during the present field course in the southern foothills of the Pyrenean mountain belt, in North-Eastern Aragon. These sedimentary rocks are of Late Paleocene to Early Eocene age (approx. 56 to 53 million years old), and are outcropping approx. 170 km north-west of Barcelona, in the Rio Isabena Valley (near Roda).

During Paleocene to Eocene time, the area was situated on the tectonically active, northern margin of the Central-South-Pyrenean Basin, where tectonics had a major influence on palaeo-geography and carbonate depositional systems.

Contrasting types of carbonate build-ups developed successively on the compressional growth structures near the active margin of the Central South Pyrenean Basin.

In terms of reservoir architecture, these build-ups are compelling analogues to Paleocene and Eocene subsurface targets, in North Africa and the Middle East. Their stratigraphic complexity remains undetected by 2D seismic, and can only be partially seen in 3D high-resolution seismic. Becoming aware of the complex 3D stratigraphic architecture of these carbonate systems is essential in order to build the right field development strategy.

During the excursion, participants will learn how carbonate facies analysis and high-frequency sequence stratigraphy can be applied to decipher the architecture of these carbonate platforms.

This course is for any geoscientist/reservoir engineer or any geosciences student knowing the basics of sedimentary geology and the fundamentals of carbonate reservoir characterization.

In order to learn how to extrapolate from core data to potential subsurface reservoir geometries, participants will analyze and determine:

Day 1: Transgressive to highstand carbonates and lowstand clastics, near Serraduy and Carrasquero.

This course is for any geoscientist/reservoir engineer or any geosciences student knowing the basics of sedimentary geology and the fundamentals of carbonate reservoir characterization.